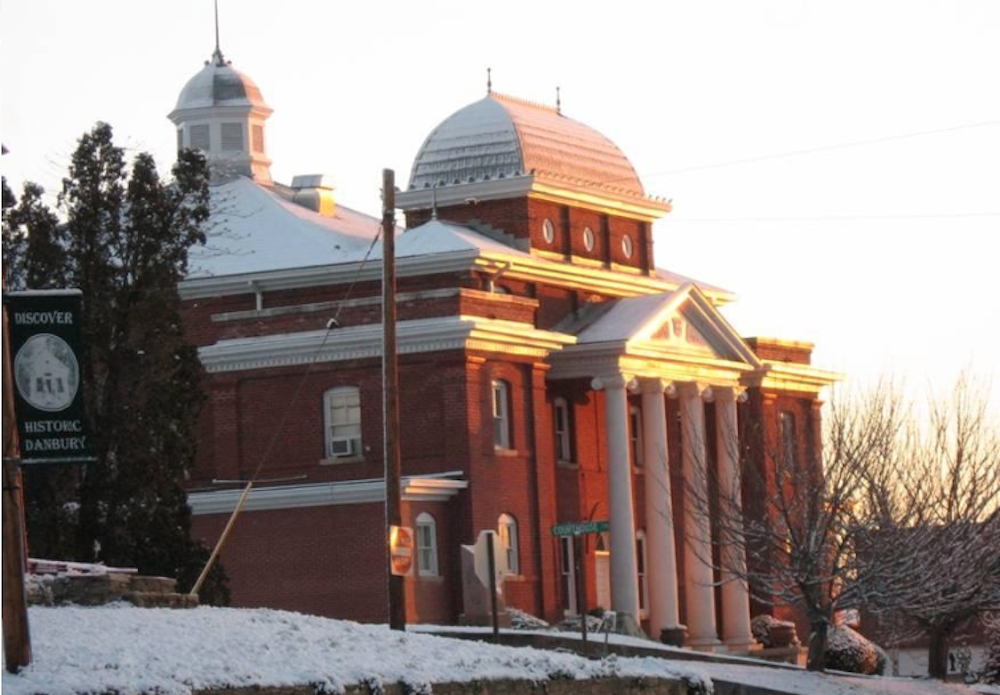 The Danbury Town Council recently approved a plan to enhance the Old Courthouse by installing some new safety features in front of the more than 100-year-old building, Stokes News recently reported.

In partnership with the council, the North Carolina Department of Transportation has drawn up plans for initiative that has been tabbed the Pedestrian Safety Project. The concrete steps in front of the courthouse will be cordoned off during the renovations, directing pedestrians to entrances at the corners of the building, according to Stokes News.

The improvements will include new pedestrian-controlled crosswalks with flashing lights, expanded curbing and a new sidewalk linking the area to a newly created parking lot on the north side of the square. The council approved an amendment to the town's zoning ordinance that will allow the building of "single-family dwellings above or below a business already zoned for business."

“I’ve done a lot of research on this and many communities do allow this,” Town Manager Mike Barsness told the council. “Our Planning Board recommended adoption of this change in October.”

Rules surrounding such a development include the requirement for a separate entrance, that the resident must be an owner or caretaker, and it can only take up 50 percent of the space if on one level.

Want to get notified whenever we write about North Carolina Department of Transportation ?

Sign-up Next time we write about North Carolina Department of Transportation, we'll email you a link to the story. You may edit your settings or unsubscribe at any time.